I know, I’ve been a bit of a slacker…

Things have gotten pretty busy at work now that the season is in full swing, so It may be a while until I get to make another post here or take any decent photos for that matter.

Just wanted to wish everyone a Happy New Year, and I’ll see you when the ground thaws! 😉

Well, sort of. At least my car has been repaired. My job has switched over to winter hours extremely early this year, so I’m back to the 10 hour days. That kinda cuts into my time for photography a bit, since I don’t get home before 9pm most days. Hopefully it will only be a temporary thing, and once the “Summer Sale” is over I can go back to normal hours for another month or so. I wasn’t expecting for my summer to be cut short already!

Here’s one shot from that roll of film that was waiting to be developed when my car decided it was done working for a bit…. I mistakenly shot this roll at ISO 400, but it was actually 800 speed film, so its a bit washed out.  It also was crazy sunny that day, which probably didn’t help either. I did try to tweak it a little in PS. I kinda like it in this pic. One of those happy accidents I guess.

There’s another couple of new shots over in Traveling Gnome as well.

😀 I love the bright orange! This is a shot from the Bayard Cutting Arboretum. Taken with my Nikon FM, and Nikkor 135mm f2.8, w/ circular polarizer.

side note… Target did it again!! Why do they scan my film upside down and backwards? Is it too much to ask to turn it over the right way? Maybe I’m just being picky… I don’t know. But they seem to process my film the best. Maybe its a sign I should consider a digital SLR. But, I love my little FM, and I’m not giving it up just yet.

I think its time I bought myself a film scanner. Anyone have any suggestions? (something not crazy expensive preferably….)

I’ve decided to give Twitter a try. I keep hearing about it, and its sounds cute! So I figure, why not. I added an rss feed of my tweets over on the right. Just in case anyone cares to check it out. lol

Oh, and here’s my picture for the day. Taken during a trip to the Stony Brook Gristmill with my Nikon FM, and a Nikkor 50mm f1.8. This one is my favorite from the trip.

Hopefully sometime soon I’m going to try and head out to the Arboretum for some photos. Just as soon as The Boy and I are off again…

More rain today… so I made some cupcakes! Here’s three tasty cupcakes, made for Ashley’s birthday. I made more than three of course, but these three didn’t fit the cupcake boxes I found at Target, so they’re staying behind for pictures (and for me to eat!) Chocolate cake with whipped vanilla icing, and purple sprinkles, Ashley’s favorite color.

I’m very happy with these, as the swirls on top actually came out right. Turns out I needed a bigger icing tip.

Its been super cold and rainy here today…. and pretty likely to continue for the rest of the day. I like rain, but today all I want to do is sit on the couch and nap. Perfect weather for a blog post, and maybe a hot cup of coffee.

I have a secret love of dandelions. I like the fluffy yellowness of them. And the puff ball of seeds. Its a sign that summer is coming, and that, for me, is always a good thing. Caught these fluffs on the way to work the other day, with my trusty Nikon.

This is Evie. She is a spunky little ball of energy.

She was rescued recently by a friend of mine. The story I was told, (as well as her husband) was that she was driving down Sunrise Highway, and 3 kittens hopped out of a box over on the side of the road. This little one was the only one she could catch.

Her husband doesn’t believe the tale. It does seem a little far fetched that someone could see -much less stop for- a box of kittens while doing 70 on Montauk Hwy… But little Evie seems to have won their heart anyway, and so she has a new home, wherever she came from. Much to the disappointment of their first cat Chloe, who was feeling a bit camera-shy this weekend.

coffee at the pita house

I stopped by CVS today, and developed another roll of film. Mostly just silly shots, but I wanted to make sure that the problem I had yesterday wasn’t a lens or camera issue.

I am happy to report, that all 24 exposures came out free and clear of any sort of wonkiness. Is that even a word? I don’t know, but it is now. So, it seems I either got a crappy roll of film (which is most likely the case) or the kids over at Wal-mart had some developing issues.

All I can say is THANK GOD!!! I was afraid that the lens I bought through Ebay was damaged. And that would truly stink because, I gave it a physical once over, but never shot anything with it. I really should have checked it as soon as I got it, but work was so busy that I just didn’t get a chance to use it until now.

*Does a happy dance*

I am really disappointed today. I developed a roll of 36 exposures, and this is the only picture that came out. All the rest have these weird shadows/lens flares or something bizarre on them. You can see what was printable in my Flickr gallery. I don’t know if its a problem with the lens, my camera, a bad batch of film, or some sort of wonky developing problem… I had taken some really great shots that I was so excited to get back and post… but all I have is this tree… and it doesn’t quite look right either.

Well, at least the colors are nice…

I haven’t been around in a while. And I probably won’t get a chance to post again for another month or so… but until then, I leave you with some Lensbaby 3G images!

These were taken with my “old skool” Nikon FM. I still love that camera. My ultimate dream camera would be a digital Nikon FM. All the workings of the FM, just with a digital sensor of some sort. 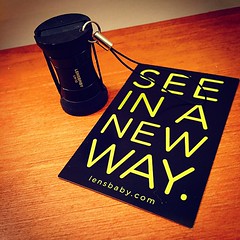 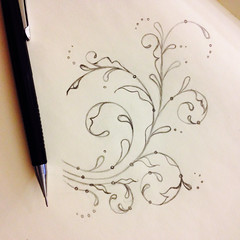 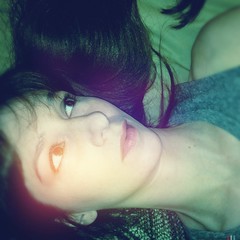 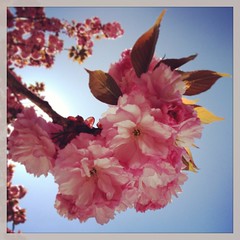 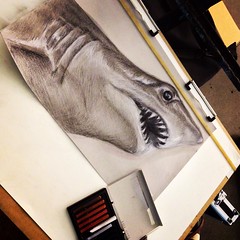